Due to the joint work between the institution and the dbp digital project, 45 copies of German-language Brazilian newspapers were made available.

The number of German-language newspapers made available in the digital library of the Fundação Biblioteca Nacional (National Library Foundation) of Rio de Janeiro almost doubled last year. Their number increased from 26 to 45 newspapers due to the joint work between the National Library and the dbp digital project.

From July to October 2017, the students of the bilateral Master's degree program in German as Foreign Language Isabell LeBlanc and Stephan Müller, under the coordination of Vinícius Pontes Martins (FBN) and accompaniment of Professor Natasha Silva (UFRJ), held an internship at the National Library in the area of ​​Cultural Studies. Both are members of the dbp digital project and their assignments and tasks during the internship have been closely related to their project activities.

Their duties at the National Library included the correction of already existing items (title, information, content) of the German-language newspapers in the catalog since some of them, due to their printing in Gothic characters and linguistic barriers, had been mistakenly registered. The interns also prepared short summaries for the available copies, with information such as publishing aspects and general topics of the newspaper, issue frequency within the period of publication and articles relevant at the time. 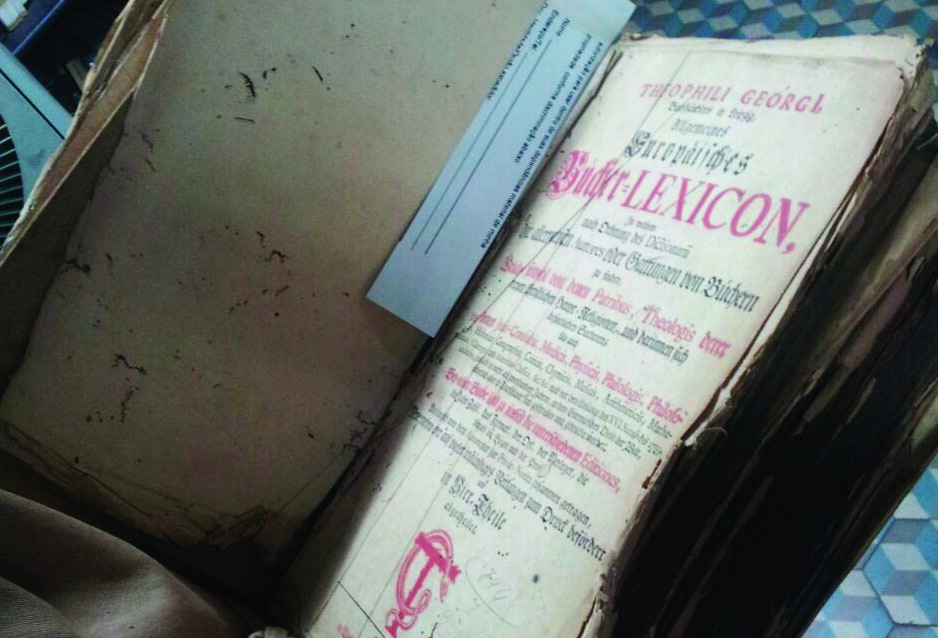