Due to the joint work between the institution and the dbp digital project, 45 copies of German-language Brazilian newspapers were made available.

Team visit from the Historical Archive of Joinville in Curitiba

Guests got to know important tools and resources for the project.

Visit of Paulo Udo Kunstmann to the Digitization Room

The coordinator of the Instituto Histórico da IELB were in Curitiba from July, 23rd – 25th 2017.

The dokumente.br initiative deals with Brazilian German-language collections that have not been sufficiently researched until now. Such materials are kept in museums, libraries, archives and private collections and have great historical, cultural and literary relevance.

In 2017, the 500th anniversary of the Lutheran Reformation is celebrated worldwide. The dokumente.br initiative and the dbp digital project, in partnership with the IELB Historical Institute of Porto Alegre, provide access to documents and information on the festivities that took place in Brazil in 1917. The context of the four-hundredth anniversary was very different from today: it was World War I, countries of Europe and the Middle East were in a state of belligerence, and Germany was the enemy of most of the contenders. The Brazilian publications in German language are important material and, from now on, are accessible to a broader audience, in Brazil and also around the globe. 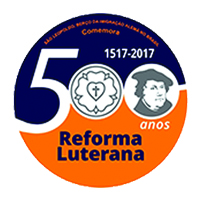 The dbp digital project – German-Language Press in Brazil aims at discovering, preserving, digitizing and making available German-language periodicals located in Brazil. Eventually, users will be able to visualize these periodicals in digital format, as they are systematically cataloged. We give higher priority to documents from the time period of 1836 to 1938, with its specific themes. 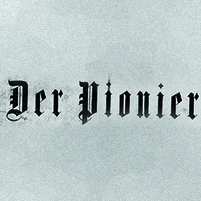 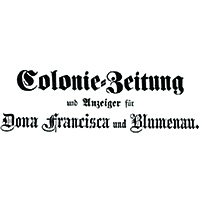 The collection formerly located in Rolandia’s German Club was kindly donated to UFPR by Mr. Klaus Nixdorf and Mr. Pedro Bernardy. The presence of this collection attests to the importance of the town of Rolândia in the process of German settling in the state of Paraná and the high value that is given to literacy and intellectual formation.

Composed of professors, administrative staff and both undergraduate and graduate students at UFPR, the team of the dbp digital project works across areas such as Language and Literature, Computer Science, Information Science, Library Science, Image Processing and Web Design.

The content of this site and all its pages are only for educational and research purposes and general information. All works made available here are in the public domain.